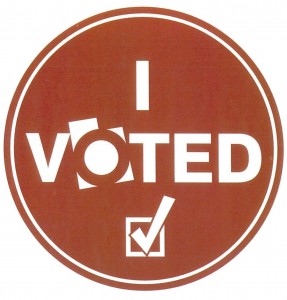 Wondered when, where, or how we vote; do we need to register or can we vote absentee; or how we figure out who to vote for? Then this is the guide for you!

With Election Day fast approaching, it is high time we answer some of the most pressing questions related to this sacred civic exercise.

When Are Elections?
Election Day is Tuesday 22 January 2013.

Polls are open on Election Day…

Who Can Vote?
Every Israeli citizen aged 18 or older as of Election Day (i.e. born no later than 22 January 1995).  If an immigrant, you must have received citizenship by 18 December 2012.

Do I Need to Register to Vote?
There is no voter registration in Israel.  All Israeli citizens are automatically eligible to vote.

I Am Going to Be Out of the Country.  Can I Vote by Absentee Ballot?
Unless you are a diplomat, official emissary of the Jewish Agency, or in the Navy, you must be present in Israel on Election Day to vote.

Is Election Day a Holiday?
Most definitely.  It is considered a day of rest for most, though there are exceptions which include the following types of workplaces:

Where Do I Vote?
3+ weeks before elections,  a Voter Notification (הודעה לבוחר / hoda’a l’bocher) listing the polling place of each eligible voter was sent to his registered address, as listed with the Ministry of Interior.  For those who did not receive one, you may find your polling place online.

An animated explanation of the Voter Notification…

Active duty soldiers vote where they are based.  People who are hospitalized and prisoners can vote on site.

Can I Vote in a Different Polling Place?
Some people may forget to update their address with the Ministry of Interior when they move.  Or, some may be traveling on Election Day and find themselves at the other end of the country.  Regardless, you can only vote in your designated polling place.

What Do I Need to Bring with Me?
You must bring a valid, unexpired photo ID.  Acceptable options include:

An animated explanation of the ID options…

For What Are We Voting?
The Israeli Knesset.  Each citizen gets one vote to select a single party.  All of Israel is one giant voting district.

How Can I Learn More about the Parties, Candidates, and Issues before Elections?
Voting is a personal endeavor, and you must educate yourself to understand which party is the best choice for you.  There are lots of sources of information you can use to learn more and determine which of the 34 parties competing in the elections is the right choice for you.

How Do I Learn the Results?
For the first time ever, the Central Elections Committee will publish the results live online as they become available.

Whether it’s your first or fifteenth, wishing you a fun and rewarding Israeli Election Day! 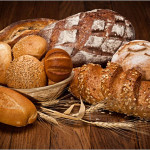 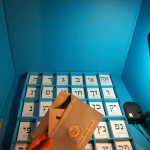