For the second year running, if you reduce your electricity usage compared to previous summers, you will receive special incentive credits.

Cut back?  You’ll save!
In 2012, the Public Utilities Authority (PUA) and the Israel Electric Corporation (IEC / חברת החשמל) began a program called חסכת הרווחת (chasachta hervachta / You economized, you profited).  The goal is to encourage consumers to reduce their electricity consumption and thereby the stress on Israel’s electrical resources.  According to the PUA, 181,000 households participated in 2012, reduced their electricity consumption on average by 5%, and earned millions of NIS in credits through the program.  For summer 2013, the savings program has returned and with better terms.

Program details
Below is pertinent information regarding this year’s efficiency program.

Am I eligible?
To be eligible, you must:

When does the program start?
The program runs from 1 July 2013 through 31 August 2013.  However, electricity usage is still measured every other month, and it doesn’t necessarily happen on the first of the month.  Thus, comparing one month from this year and one month from 2012 or 2011 requires a bit of estimation.  In order to better ensure your ability to receive the discount, the IEC recommends that you begin reducing usage even before 1 July 2013 and continue past 31 August 2013.

To what period will my current usage be compared?
Household usage will be measured for a specific period and compared to historical usage.  For those who participated last year, don’t worry; you won’t be penalized for having already cut back in 2012.

How much exactly will I save?
The thresholds for reduction have been expanded, potentially allowing many more customers to earn cash back for efficiency.  The 2013 reduction thresholds are:

How do I know they’re really reading my meter?
More accurate readings are promised in 2013.  Last year, 13% of participants did not have their electricity meters read manually which meant that usage was estimated, leaving some to lose out.  The PUA has ordered the IEC to manually read the meters of all participants or face a fine of 50 NIS per customer meter not manually read.

In the small chance that your meter reading is an estimate instead of having been physically read, you will be alerted by an announcement in red on your bill.  If you would like the IEC to use your actual reading when calculating whether you saved sufficiently to earn the credit, you can send them a message using a simple online form with your own meter reading.

When will I get my cash back?
Credits earned will appear in later bills, likely November 2013.

Registration can be done either online or by phone by calling the IEC at 103.

After you have registered, you will receive a letter or email which outlines your previous usage and by how much you need to reduce your usage this summer in order to get the discount. 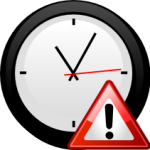