Seven Israeli hospitals have proven their commitment to high standards of patient safety and quality of care through accreditation by the Joint Commission International.

What is Joint Commission International (JCI) accreditation?
According to the JCI website, accreditation improves and demonstrates a medical center’s commitment to patients, families, and employees.

The accreditation process is designed to create a culture of safety and quality within an organization that strives to continually improve patient care processes and results. In doing so, organizations:

The Marker recently covered this story and reported on the significance of JCI accreditation.

In the United States, insurance companies consider JCI accreditation a precondition for sending its clients to hospitals….

“During the accreditation process there was a big emphasis on the work flow, organized practices and control – how to speak the same language, not cut corners and not speed through things. It’s not simple, because these are industrial concepts that are foreign to the world of medicine,” he said.

The process was a long one, forcing team members to rethink how they carry out their jobs.

“We received a book with 1,200 issues to address – from strict fire safety procedures to calling universities and confirming that everyone actually finished his or her degree,” said the nursing office’s administrative head.

The following hospitals and medical centers have completed the JCI accreditation process:

The following hospitals and medical centers are reportedly “wrapping up” the JCI accreditation process:

Of course, the lack of JCI accreditation doesn’t mean the hospital doesn’t put its utmost into patient safety and quality of care.  However, it’s always helpful to have an outside organization verifying! 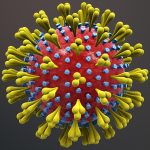 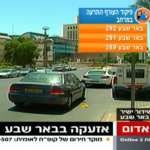